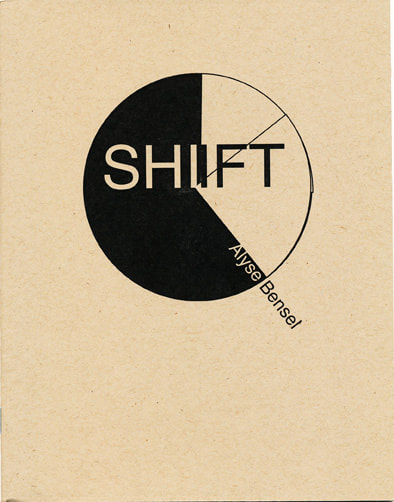 8 years ago we received a mss. from a young woman who had recently earned her MFA from Penn State. However, that program was closing down and she was uncertain where her future lied.

The mss. ,Shift, we found to be impressive and true. She captured Central Pennsylvania as it is. Blue collar shift work. Salt of the earth, fueled by caffeine and tobacco. These were the people. This was the place.

We felt that Alyse, doing multiple readings of her book around the region, would do well. However, since Penn State had closed its door to her way forward, she sought a different path. That path led to Kansas. Central Pennsylvania doesn't know what it lost in the process.

The Russian Constructivist book cover was also a touch lost along the way. The Creative Director did a wonderful job, then again, I am biased.

a more current bio of Alyse Bensel is :

Alyse Bensel is the author of Rare Wondrous Things, a poetic biography of Maria Sibylla Merian (Green Writers Press, July 2020). Her poems have recently appeared in or are forthcoming from Alaska Quarterly Review, Blackbird, Pleiades, Puerto del Sol, Ruminate, West Branch, and elsewhere. Her fiction and nonfiction have been featured at The Boiler, Entropy, and Pithead Chapel. She is also the author of three poetry chapbooks, most recently Lies to Tell the Body (Seven Kitchens Press, 2018).

She currently serves as Poetry Editor for Cherry Tree and as section editor for Theory, Culture, and Craft for the Journal of Creative Writing Studies (JCWS), an open access, peer reviewed journal.

Alyse served as the Book Reviews Editor for The Los Angeles Review, a literary journal from Red Hen Press, from 2013-2018. Her reviews have appeared in AGNI, Colorado Review, Prairie Schooner, Literary Mama, Tinderbox, and many other journals. Her scholarly work has been published in Journal of Creative Writing Studies and the International Journal of Mobile Learning and Organisation.

Alyse is an assistant professor of English at Brevard College, where she directs the Looking Glass Rock Writers' Conference. Questions regarding the conference can be directed to lgrwc [at] brevard [dot] edu.